(Hollywood, CA – May 7, 2019) Etheria Film Night (www.etheriafilmnight.com) is proud to present the 2019 Official Lineup of Shorts on Saturday, June 29.  Eight Short Films will be screened at the Egyptian Theatre in Hollywood, CA followed by a Q&A with directors in attendance conducted by Rebekah McKendry (Blumhouse’s Shock Waves Podcast).  The 2019 Inspiration Award will be presented to producer Gale Anne Hurd at the live ceremony by legendary filmmaker Roger Corman. The 2019 Stephanie Rothman Fellowship winner will be announced. Tickets can be purchased directly from Fandango:
Purchase Tickets(click here)

“I am so excited to show our audience the amazing films we found this year,” says Etheria programmer Heidi Honeycutt of the shorts lineup. “I’m very impressed with what these filmmakers have created and you will be too.” 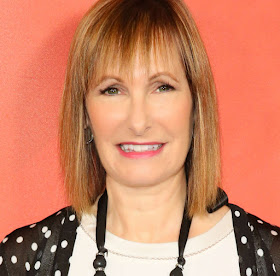 Etheria’s 2019 Inspiration Award recipient, prolific, award-winning producer Gale Anne Hurd(above), says “I’m absolutely thrilled to receive the Inspiration Award from the Etheria Film Festival.  Growing up as a huge genre fan, I was told over and over that science fiction, fantasy and horror simply wasn’t meant for girls. Luckily I had Roger Corman as my mentor, and he encouraged me to dream big, genre dreams! Those naysayers were dead wrong, but sadly that misconception continues to this day.  With women directors accounting for only 4% of the 2018 Top 100 Box Office releases, it’s clear that women aren’t being hired to direct genre films.  Etheria showcases the work of women directors who I’m confident will be the future Steven Spielberg's, Jordan Peeles, Kathryn Bigelow's and Guillermo Del Toros.”

After graduating from Stanford University with degrees in Economics and Communications, Gale Anne Hurd worked in various capacities for legendary producer Roger Corman's New World Pictures.
In 1984 she produced and co-wrote her first feature film, a genre classic The Terminator. She then produced the legendary Academy Award-winning Aliens, followed by Academy Award®-winning films The Abyss, Terminator 2: Judgment Day, The Ghost and the Darkness, and Armageddon.
In television, she is an Executive Producer of AMC's The Walking Dead and Fear the Walking Dead, the Amazon streaming series Lore, and serves as a Consulting Producer on AMC’s top-rated talk show, Talking Dead. In 2012, Hurd received her star on the Hollywood Walk of Fame. She will be present on June 29, 2019, at the 6th annual Etheria Film Night showcase to receive the award in person and will act as a finalist judge of the 2019 Etheria Selections.

Etheria Film Night 2019 is co-presented by the American Cinematheque and will take place at the Egyptian Theatre in Hollywood on June 29, 2019. The evening will include a courtyard cocktail reception and red carpet ceremony sponsored by Blumhouse, SHUDDER, Ving Vodka, Founders Brewing, Topo Chico, and Franca Rebecci Truffles. 2019 Etheria awards are sponsored by The BloodList, The Miskatonic Institute of Horror Studies, Final Draft, Fangoria Magazine, and Paramours and Poltergeists. 2019 Etheria community partners include Horrible Imaginings, Slaughter Movie House, Midsummer Scream, and Days of the Dead. The start times, screening schedule, and detailed information can be found on the official Etheria website at www.etheriafilmnight.com.


Hair Wolf
Directed by Mariama Diallo (12:00) (Horror Comedy) (USA)
In a black hair salon in gentrifying Brooklyn, the local residents fend off a strange new monster: white women intent on sucking the lifeblood from black culture.
Hana
Directed by Mai Nakanishi (12:45) (Horror) (Korea/Japan)
A college student goes for a part-time job interview and hired on short notice by a single working mother to be a babysitter for her four-year-old daughter Hana. But when she is left alone with Hana, strange things start to happen.

Bitten
Directed by Sarah K. Reimers (10:40) (Horror, Comedy) (USA)
A mysterious and violent encounter sends a dog on a night of adventure and possibility.

End of the Line
Directed by Jessica Sanders (14:30) (Fantasy) (USA)
A lonely man goes to the pet store and buys a tiny man in a cage.

Lucy’s Tale
Directed by Chelsea Lupkin (17:00) (Horror) (USA)
Between mean girls, her first romance, and budding hormones, Lucy begins to realize that she’s not quite like the other teenagers in her class.

Atomic Spot
Directed by Stephanie Cabdevila (15:00) (Science Fiction) (France)
Cotis is the last survivor of a small, amphibious community of mutants living in the ruins of a nuclear reactor and is crushed by loneliness. Until a group of dumb surfers visits his beach.

Cupid’s Paradise
Directed by Ivy Liao (15:00) (Science Fiction) (USA)
Jenn lives in a world in which everyone is rated on superficial factors such as looks and skin color. Jenn is desperate to find a match before she becomes Cupid's slave.
GOOD MORNING
Directed by Elaine Mongeon (12:30) (Horror) (USA)
A young woman and her father adapt to terrifying changes they never expected.

About Etheria Film Night
Etheria Film Night is the most respected showcase of genre films directed by women in the world. The annual festival is hosted by the American Cinematheque in Hollywood, California.
For more information, please visit www.etheriafilmnight.com
Anthony Nadeau at 3:43 PM
Share

Please feel free to leave comments I welcome your thoughts.